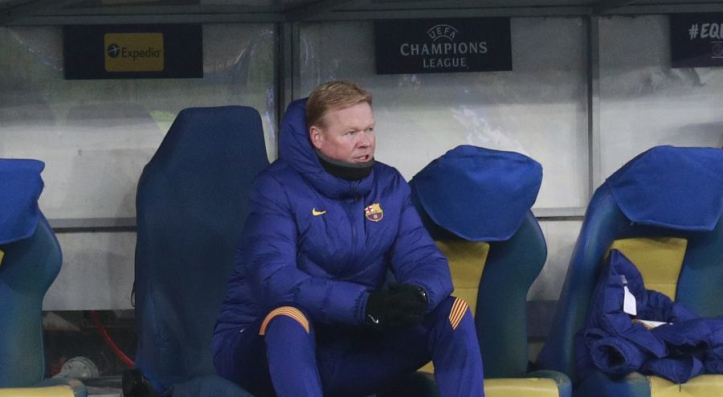 Barcelona boss Ronald Koeman will likely recall defender Clement Lenglet into his starting XI for this weekend’s La Liga fixture versus Alaves.Lenglet was surprisingly left out of the line-up for the Copa del Rey match against Sevilla during the week, with Samuel Umtiti preferred in the centre-of the defence alongside Oscar Mingueza.Barcelona would go on to lose the first leg of the semi-final 2-0, with no member of the four-man backline covering themselves in glory.Junior Firpo started that game at right-back due to injuries to Sergi Roberto and Sergino Dest, but the latter completed full training on Thursday so he could be rushed back to start as Koeman runs out of options at full-back.Jordi Alba will likely start on the left again.The midfield three of Sergio Busquets, Pedro, and Frenkie de Jong all all scored a 6.0 FC Rating for their performances against Sevilla, but with Miralem Pjanic likely to be absent for the Alaves match, the trio will probably start again despite their ineffectual outing during the week.Koeman isn’t blessed with options in the forward areas, either, which will mean starts for Lionel Messi, Antoine Griezmann, and Ousmane Dembele.Martin Braithwaite could be available, but probably wouldn’t have started anyway.Should Koeman opt to make any changes to his midfield or forward line, the only two players pushing for minutes are Riqui Puig and Francisco Trincao.In terms of other injuries, Barcelona remain without Ansu Fati, Gerard Pique, Philippe Coutinho, and Ronald Araujo.Barcelona predicted XI against Alaves